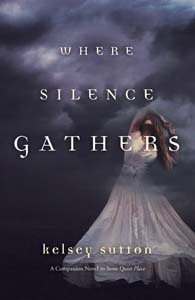 For as long as she can remember, Alexandra Tate has been able to see personified Emotions, and she's found a best friend in Revenge. He's her constant companion as she waits outside Nate Foster's house, clutching a gun. Every night since Nate's release from prison, Alex has tried to work up the courage to exact her own justice on him for the drunk driving accident that killed her family. But there's one problem: Forgiveness. When he appears, Alex is faced with a choiceùmoving on or getting even. It's impossible to decide with Forgiveness whispering in one ear . . . and Revenge whispering in the other.