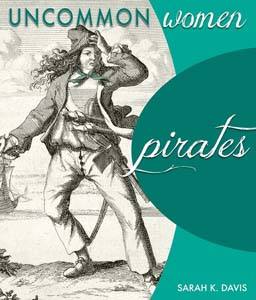 Throughout history, society's rules have often tried to keep women in a box. Serious consequences often awaited those who broke out of that box and blazed a new trail. Uncommon Women salutes the women who refused to be side notes in history, and instead, became the stars of their own story. Through their bravery and intelligence, the women in these books made a lasting mark on the world. Some of them found fame through villainy: pirates, Wild West outlaws, ruthless queens. Others—writers, scientists, human rights champions—devoted their lives to making a better world. None will be forgotten.

Titles in This Series (Total of 3)